When the power of the people is called for, Thai citizens from around the world stand up together to orchestrate their voices and demands.

Las Vegas, NV (September 6, 2015)- The 1st Assembly of Thai Citizens for Human Rights and Democracy (ATCHRD) is being held today at the Gold Coast Hotel & Casino from 9:00 a.m. to 6:00 p.m.  This is the first time in the history of Thailand in which Thai citizens living abroad have organized a collective movement outside Thailand that can potentially have a meaningful impact on the changes that Thailand needs.  The assembly has been planned and organized by Thai residents in Las Vegas, New York, and San Francisco, but confirmed participants will be Thais from all over the world, including European nations, Japan, Australia, ASEAN nations, Canada, and mainly from more than ten states across the United States.

The participants are expected to actively engage in discussions the following critical issues and reach some agreements in terms of where the people stand and what they demand or propose:


Having spent the entire morning discussing the above issues in small groups, the participants will have their representatives summarize their main points, positions, and demands in the afternoon. Then, the assembly will issue an official statement on behalf of the group at the end of the day.  This statement will later be released to the press and concerned parties both in Thailand and around the world.

Participants pay for their own travel, accommodation, and the $35 admission fee. 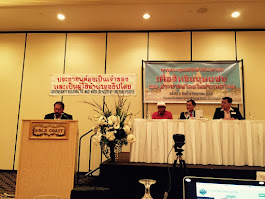